The below alert was adapted from an article written by Maslon Partner David Suchar and posted on LinkedIn. To read the original article, go to: "Coronavirus Insurance Claims for Right Now."

Policyholders will likely be receiving denial letters from insurers soon (if not already) in response to insurance claims made in March and April, including those made seeking coverage for business interruption, delay in completion, and site cleanup costs. With particular attention to the issues that will be raised in such denial letters, a helpful road map of coverage issues policyholders should be aware of currently is provided below:

As of May 12, 2020, various jurisdictions are considering legislation that would mandate COVID-19 business interruption coverage. Focusing on traditional insurance vehicles that may respond to COVID-19 insurance claims, the following represents the most significant issues to consider in pursing these claims.

(1) Physical loss or damage requirements.
Under BRI and property policies—the typical first-party policies with business interruption, delay in completion, or equivalent coverage—policyholders generally must demonstrate some "physical loss or damage" to get coverage. Insurers will argue that COVID-19-contaminated job sites or those shut down by government order, do not satisfy the "physical loss..." requirement, and thus, they will argue, there is no trigger for coverage.

Policyholders will have ample ammunition to fight against coverage denials based on a lack of "physical loss." Arguments advocating for coverage are stronger here:

All policyholders will be able to argue that the unique nature of the coronavirus, including the fact that it can survive on surfaces for days at a time, makes a compelling case for physical loss or damage to property. The language in some policies may also make "loss of use" arguments easier to support as an independent basis for coverage.

(2) Choice of law issues related to physical loss or damage requirements.
Precedent varies wildly from state to state on what constitutes physical loss or damage under these policies. Given the disparity between states on this issue, fights over which state's law applies may be outcome determinative. Similarly, courts in different states employ a variety of tests for determining which state's law applies. As a result, developing a choice of law approach in cases where more than one state's law may apply is crucial.

A policyholder in this situation may need to employ an effective strategy to frame issues favoring a particular state's law and to understand where to file suit to maximize the probability that the most favorable state's law will apply. [For further guidance on choice of law, view "Whose Law Is It Anyway?"]

(3) Differences in policy language.
First-party policies are typically not written on a single industry-wide standard form in the way many third-party policies (like CGL policies) are. Many BRI and property policies proudly declare themselves to be "manuscript" forms, and language differs a great deal from insurer to insurer and policy to policy. Insurance spokespeople have recently made statements in the press about the blanket non-applicability of certain insurance coverages, including business interruption coverage, in response to COVID-19.

The varying non-standard language in policies, particularly concerning physical loss requirements as well as virus and other exclusions, means any blanket declaration like this is simply untrue. Some policies and some sets of facts will allow for covered claims. It will all depend on the particular language in each policy.

Policyholders will be able to argue that government shut-down orders prevent access to offices, construction projects, and other sites such that some resulting damages may be covered.

(5) Pay attention to sub-limits and deductibles.
BRI policies in particular are notorious for limiting coverage by way of numerous coverage sub-limits. It is common to find pages of separate sub-limits, each dealing with a specific item under which policyholders can obtain coverage, but only up to a specified amount. Differing deductible payments may be associated with each respective "bucket" of sub-limited coverage.

Policyholders will want to pay attention to sub-limits and deductibles when framing their claims. Policyholders may reasonably characterize certain costs in multiple ways, and they may want to spread costs across sub-limits to maximize their overall coverage.

(6) The definition of "pollutant" is key.
The threshold question for policyholders seeking insurance coverage for COVID-19 losses under pollution policies and policy extensions (including Contractors Protective Professional Indemnity Insurance and similar policies), such as site cleanup costs, will be whether the presence of coronavirus constitutes a "pollutant" under each policy's language. Pollution policies respond by offering first-party coverage for cleanup costs and third-party coverage for bodily injury or property damage claims asserted against the policyholder. There is a wide range of threshold definitions under these policies, and much depends here on which insurer's proprietary form is used. Contrast this with most CGL policies, for example, which typically use ISO standard pollution exclusion forms.

The result of inconsistent definitions between policies is that the coronavirus may not be excluded as a "pollutant" under a CGL or other policy (and hence policyholders may be entitled to coverage under that policy), but may also be deemed a "pollutant" under a pollution policy, entitling policyholders to an additional avenue of insurance recovery.

(7) Pay attention to date limitations when framing claims.
Policyholders should pay careful attention to date limitations for noticing claims and for the extent of coverage under any given policy. While true for the BRI and property policies above as well, these limitations are particularly important for pollution policies. For example, some pollution policy forms require notice to the insurer within a certain number of days of a triggering pollution incident, and some only provide coverage for a certain number of days of cleanup costs after the claim is made or after the incident qualifying for coverage occurs. A comprehensive insurance coverage strategy should include consideration of the time frame for notice and coverage in response to any triggering event.

(8) Lack of a virus exclusion.
Policies with comprehensive well-written virus exclusions will make it more difficult for policyholders to establish coverage. Where policies do not contain such an exclusion, coverage is not automatically established, and many other considerations are in play, but policyholders will at least be able to argue that insurers could have specifically excluded this type of risk and chose not to do so. Insurers have, after all, included such exclusions in other policies. Further, some policies have virus exclusions that do not impact all aspects of the policy.

(10) Other non-problematic exclusions raised to deny coverage.
Insurers have issued denial letters based on other exclusions, which in the end should not stand in the way of establishing coverage for policyholders. The most common are separate bacterial and biological exclusions. Without further specifics about viruses, these exclusions should not act to bar coverage for COVID-19 claims. For example, a bacterial exclusion should not bar coronavirus claims because…viruses are not bacteria. Bacteria are living cells; viruses are non-living particles that require other living cells or tissue in which to grow.

(11) Failure on "notice" arguments.
Some responses from insurers argue that policyholders did not give sufficient notice of COVID-19 insurance claims because a host of very specific information was allegedly not provided in the initial notice of claim. Policy language will largely determine when a successful notice of a claim has been made; however the rules don't change now simply because insurers are under pressure to respond to the weight of COVID-19 losses.

Policyholders must remain vigilant in pursuing claims even if the initial response from insurers is that they have not provided enough information and therefore have not yet made a "claim." Doing so will ensure that insurers are not afforded additional grounds for denying coverage down the road.

(12) Documenting claims.
Claim documentation, including gathering and calculating costs and expenses under each responsive coverage, will be a crucial factor in whether COVID-19 claims are ultimately accepted and paid. While policy language, state law, and the operative facts will determine the success of any given claim, quantifying the loss remains a fundamental step in establishing a policyholder's right to payment.

We Can Help
Maslon's Insurance Coverage Group has extensive experience in advising policyholders regarding insurance coverage for catastrophic losses and events, and representing them in maximizing their insurance recoveries in these situations. Please contact Maslon's insurance attorneys if you have questions or would like assistance—we stand ready to help. 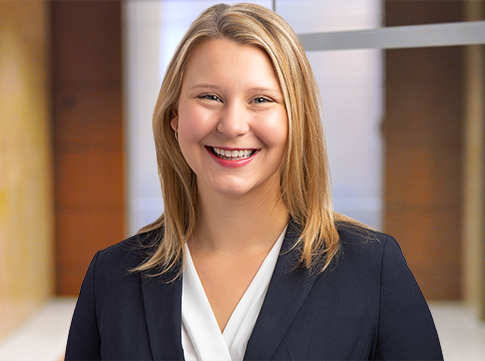 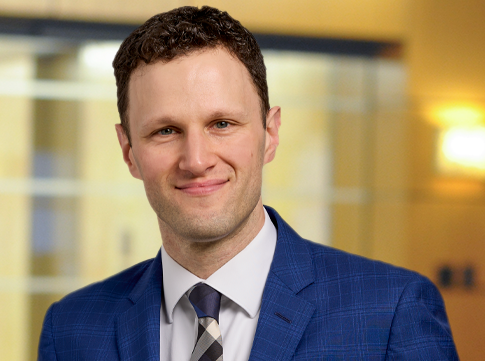 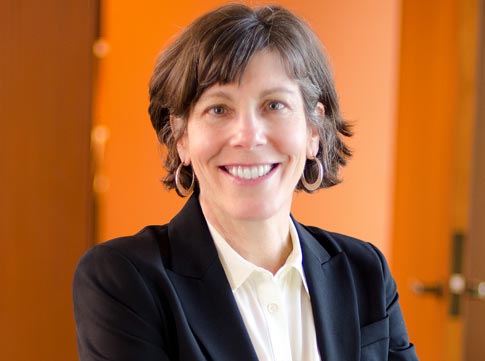 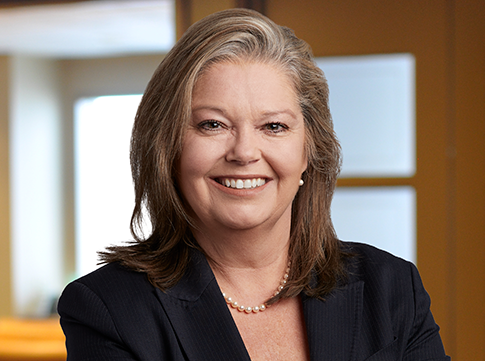 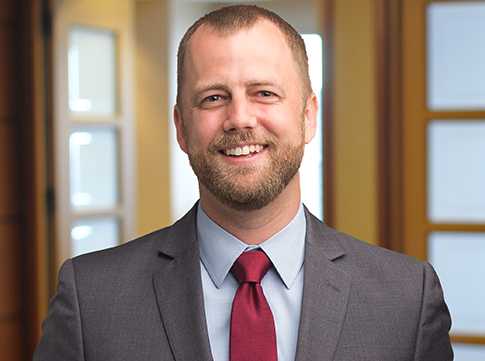 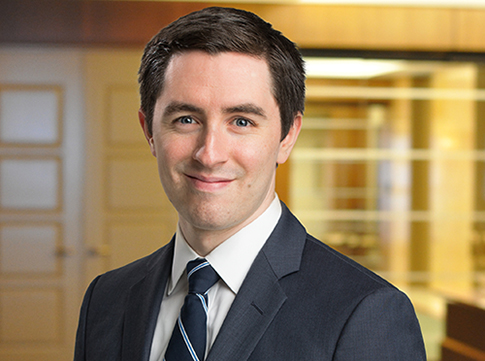 We welcome the opportunity to assist you with your media inquiry. To ensure we do so properly and promptly, please feel free to contact our representative below directly by phone or via the email option provided. We look forward to hearing from you.

This email is intended for use by members of the media only.

If you would like to discuss possible representation, please call one of our attorneys directly or use our general line (p 612.672.8200). We can then fully discuss our intake procedures and, if appropriate, introduce you to an attorney suited to assist with your matter. Alternatively, you may send an email containing a general inquiry subject to these terms.