THE LITIGATION: On August 1, 2007, the I-35W bridge over the Mississippi River in Minneapolis collapsed during rush hour, killing 13 people and injuring hundreds of others. The bridge, designed and constructed in the 1960s, was a steel truss "fracture critical" bridge owned and operated by the State of Minnesota's Department of Transportation. More than 100 personal injury and death claims and related contribution and indemnity claims were brought in Minnesota state court, and the litigation continued for the next five years. With attorney James O'Connor as lead counsel, Maslon was retained to defend Jacobs Engineering Group Inc. ("Jacobs"), which in 1999 had acquired the engineering company that the State had contracted with for the original design of the bridge.

The case presented complex engineering, construction, and legal questions. More than 40 years had passed from the original design and construction of the bridge to the day of collapse. Files were difficult to locate, and key individuals involved in the design and construction were either dead or had limited memories of long ago events. An additional challenge to the defense was posed when, within days of the collapse, the State’s outside engineering experts—who had exclusive access to the accident scene—offered a theory for the collapse: a gusset plate (which connect the bridge's steel beams) was undersized in the design and construction and had fractured due to heat and load stresses present that day, which they opined initiated a sequence of structural failures that led to the collapse. The NTSB staff also quickly seized upon this theory, which was formally adopted a year later by the NTSB as the probable cause of the collapse.

The injury and death claimants received compensation from the State of Minnesota pursuant to legislation enacted to provide a remedy in excess of the State's aggregate statutory tort liability limit of $1 million for a single occurrence. The statute also granted the State the right to seek reimbursement from others for those payments "[n]otwithstanding any statutory or common law to the contrary." Minn. Stat. § 3.7394, subd. 5(a). The compensation fund was administered by a panel of special masters, which distributed the $37 million appropriated for the fund to the claimants The injured and wrongful death claimants then commenced individual actions against two private entities. They sued URS Corporation, an engineering firm advising the state on issues relating to maintenance and structural capacity of the bridge before the collapse. They also sued a contractor who was performing construction work on the bridge at the time of the collapse, PCI, Inc. URS and PCI then asserted contribution and indemnity actions against Jacobs. The State of Minnesota sued all the defendants seeking reimbursement of sums paid out of the compensation fund. It also sought to enforce its own indemnity and contribution claims against all of the defendants.

Jacobs argued from the outset that Minnesota's statute of repose for improvements to real property gave it immunity from suit or liability to any of the parties. URS, PCI, and the State contended for various reasons that the statute of repose defense did not bar their claims against Jacobs. Maslon was able to obtain interlocutory appellate review of the legal issues related to its defense, including the repose statute. The result was that both the Minnesota Court of Appeals and Supreme Court held that Jacobs had no contribution or indemnity liability, so it was not required to contribute anything to the more than $60 million paid to the injury and death claimants by URS and PCI.

The State's statutory claim for reimbursement was sustained by the Minnesota Supreme Court in a separate decision filed on the same day as the case affirming Jacobs' immunity from common-law contribution and indemnity claims. The Court acknowledged that when the statutory repose period had expired (in 1982), Jacobs acquired a vested property right in immunity from liability under the Due Process Clauses of both the United States and Minnesota Constitution. It also held, however, that the State could retroactively revive that liability without depriving Jacobs of Due Process, provided that the revival was "rationally related to a legitimate state purpose." The Court found such a purpose in the State’s stated desire to "avoid[] the uncertainty of litigation in resolving the issue of the State’s liability"” and held that it was reasonable to allow the State to seek recovery from third parties for its payments.

Jacobs petitioned the United States Supreme Court for Certiorari, particularly on grounds that there was a split of authority in the federal appellate courts about whether a defendant could constitutionally be deprived of a vested right of repose. The Supreme Court denied the petition, however, so a split of authority remains, as does substantial uncertainty in the construction industry on this issue.

Faced with risks on both sides, the State and Jacobs settled the last of the outstanding disputed claims, with Jacobs contributing the least amount of any of the participating parties. The settlement was facilitated by Maslon's development of expert engineering evidence and sophisticated computer modeling demonstrating that the collapse was not caused by a design flaw in the gusset plate. Instead, the collapse was more likely the consequence of major modifications made to the bridge by and at the direction of the State in the 40 years after its original construction, together with failures in maintenance and remediation of known deficiencies in the structure. 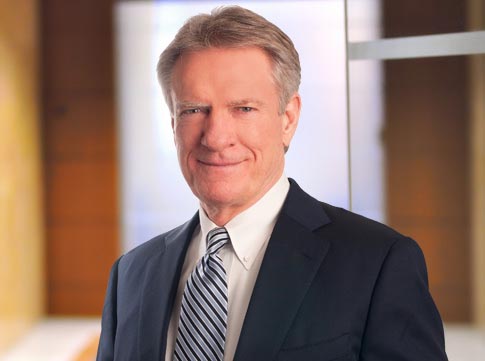